This Insurance is intended to provide for the payment of compensation in the event of the insured sustaining death or disablement by bodily injury, resulting solely and directly from accident caused by external, violent and visible means.

Personal Accident Insurance is a benefit policy and not strictly a contract of indemnity. The amount of Insurance must be regulated by the financial position of the proposer. It is undesirable to grant cover for benefits, which will place the Insured in a better financial position when he is disabled than, when he is following his normal profession or occupation. This may lead to a temptation to prolong the incapacity unduly.

Hence it is important to consider the proposer’s net income and the resultant loss of earning capacity, due to the accident. A reasonable margin may be allowed for extra expenses, which may have to be incurred in the event of disablement. As a general rule, the compensation in respect of Temporary Total disablement must be limited to his income per week.

Documents to be called for to verify the income are:

The minimum premium chargeable under individual policy is Rs.50/-.

They may accept maximum CSI under PA policy per person as follows :

There have been several requests for increase in sum insured during the currency of the policy and or at renewal. The request can be considered after obtaining the relevant proof of income and necessary IT returns for the preceding three years. It is always advisable to obtain a proposal form  very two years in any case under PA policy as also a letter from the parent organisation/employer for change in Capital Sum Insured, as the case may be.

For the purpose underwriting risks are classified into three groups :

Maximum weekly benefit not to exceed Rs.5,000/- in any case not exceeding 25% of the actual monthly earning / salary.

(B) For Chief Executives of corporate clients – 1% of Sum Insured per week subject to a Maximum of Rs.10,000/- in any case not exceeding 25% of the monthly salary.

The Company undertakes to pay the Insured or his legal personal representative, the following sums in the event of: –

A) If such injury, within 12 calendar months of its occurrence, be the sole and direct cause of the death of the insured, the capital sum insured as stated in the Schedule.

B) If such injury within 12 calendar months of its occurrence be the sole and direct cause of the total and irrecoverable loss of :-

ii) Loss of two hands or two feet or one hand and one foot, or of loss of sight of one eye and loss of use of one hand or one foot-the capital sum insured stated in Schedule.

i) Sight of one eye or actual loss by physical separation of one entire hand or one entire foot, -50% of the capital sum insured stated in the policy.

ii) Total and irrecoverable loss of use of a hand or a foot without physical separation-50% of the capital sum insured.

D) If such injury shall as a direct consequence permanently, totally and absolutely disable the Insured from engaging in any employment or occupation of any description whatsoever, then-lump sum equal to 100% of the capital sum insured.

The benefits under items b, c and d are known as permanent total disablement benefits.

E) If such injury shall within 12 calendar months of its occurrence be the sole and direct cause of the total and irrecoverable loss of use of or the actual loss by physical separation of the following, then the percentage of the capital sum insured as indicated below shall be payable. This benefit is called permanent partial disablement benefit.

The company shall not be liable under the policy for

A) From intentional self-injury, suicide or attempted suicide.

B) Whilst engaging in Aviation or ballooning or whilst mounting into, or dismounting from or travelling in any balloon or aircraft other than as a passenger (fare paying or otherwise) in any duly licensed type of aircraft anywhere in the world.

C) Directly or indirectly caused by general diseases or insanity.

D) Arising or resulting from the Insured committing any breach of law with criminal intent.

6.Payment of compensation in respect of Death, Injury of Disablement of the Insured due to or arising out of or directly or indirectly connected with or traceable to: war, Invasion, act of foreign enemy, hostilities (whether war be declared or not), Civil War, Rebellion, Revolution, Insurrection, Mutiny, Military or Usurped Power, Seizure, Capture, Arrests, Restraints and Detainment of all kings, princes and people of whatever nation condition or quality.

7. Payment of compensation in respect of death of or bodily injury or any disease or illness to the insured :-

B) Directly or indirectly caused by or contributed to by or arising from nuclear weapons material.

Provided also that the due observance and fulfillment of the terms and conditions of this policy (which conditions and all endorsements hereon are to be read as part of this Policy) shall so far as they relate to anything to be done or not to be done by the Insured be a condition precedent to any liability of the Company under this policy.

The Insured under this policy shall not extend to cover death or disablement resulting directly or indirectly caused by, contributed to or aggravated or prolonged by childbirth or pregnancy or any consequence thereof.

The following two types of policies can be issued.

Type ‘A’ : Covering employees of a firm /company / Association or Club (i.e. with employer – employee relationship)

These are further divided into two types :-

Type ‘B’ : Covering members of an Institution / Society /Association / Club (i.e. with no employer – employee relationship.)

This group can also be bifurcated into :-

If P.A. cover is required only for the restricted hours of duty (and not for 24 hours) a reduced premium equivalent to 75% of the appropriate premium should be charged. The cover is meant for employees, taken out by employer for accident to employees arising out of and in the course of employment.

If cover is required for only for the restricted hours when the employee is not at work and / or not on official duty a reduced premium of 50% the appropriate premium can be charged. A suitable endorsement may be incorporated with policy.

Group policies may be issued covering more than 1 person. However, group discount as per the following scale can be granted only if the number of insured persons in a group exceed 100.

No. of Persons Discount (%) 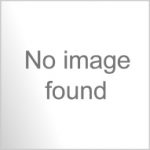 Bhavin Khmbhati
Indian most popular Insurance company. Which over customers are get to full confident full...

Rahul Patel
you want protection and insurance in life and if you wish to be secured than you should ha...
View All